The Hub of Astronomy in Wairarapa

Stonehenge Aoteroa is New Zealand's unique open air astronomical observatory, built following ancient knowledge of the stone circles and adapted to the conditions of New Zealand. We look forward to seeing you here during our regular opening hours and for special events.

Open: for self-guided tours. Contact us directly. Pre-booking and pre-payment is encouraged. The equinox event will be going ahead with limited numbers. Social distancings necessary at all times.

You can visit the henge anytime we are open, without having to make any appointment. Check out our opening hours. A map of the Stonehenge Aotearoa structure and a short audio-visual explaining how the stones work are included in the visit.

Learn about the cycles of nature, movements of celestial bodies and archeoastronomy: how our ancestors have understood the phenomena in the sky, how they used these phenomena and what role the sky played in their cultures.

You will learn about the henge and its link with the past, with ancient civilisations and Māori starlore, Polynesian navigation and archeoastronomy.
BOOK A PRIVATE GUIDED TOUR

Stonehenge Aotearoa will open in Level 2 on 15 September. We will be running self guided tours during opening hours 10am-4pm, Wed to Sunday. Please remember to keep a safe distance between yourselves and others and wear a mask when near others or in the Visitors' Centre or AV room.

Prebooking and prepayment are encouraged.

From 28th of December to 31st of January – We are open every day!
From February to June – Wednesday to Sunday and Anzac Day.

Things To Do At Stonehenge

You are able to visit the henge at any time by arrangement. See our opening hours below. You can book a private tour with Richard Hall any time, daytime or sunset. Must be arranged in advance.

Check out the upcoming events, tours, exhibitions, courses and much more at Stonehenge Aotearoa. 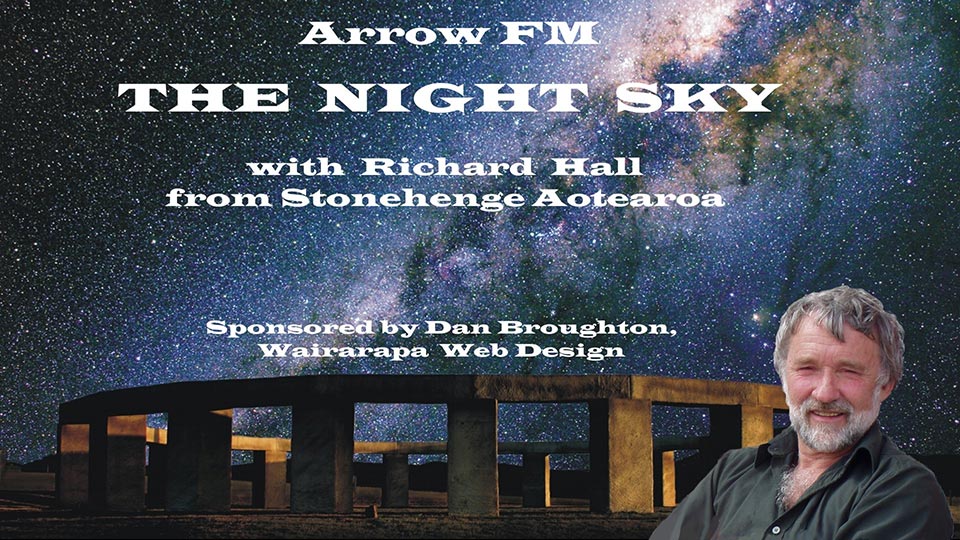 "Life in the clouds of Venus - what does it really mean?" - Presentation by Kay Leather 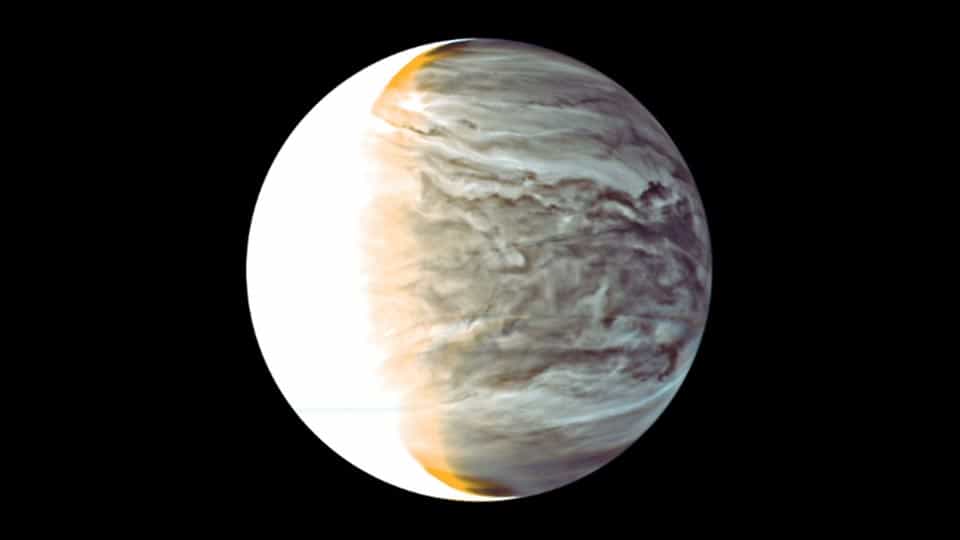 Venus's surface may be too extreme for life to survive, but sunlight coming through the planet's thick clouds could support photosynthesis, resulting in the existence of microorganisms. This is a deceptively simple statement but it implies a lot. In this talk Kay unpicks the claim.

A presentation by Richard Hall 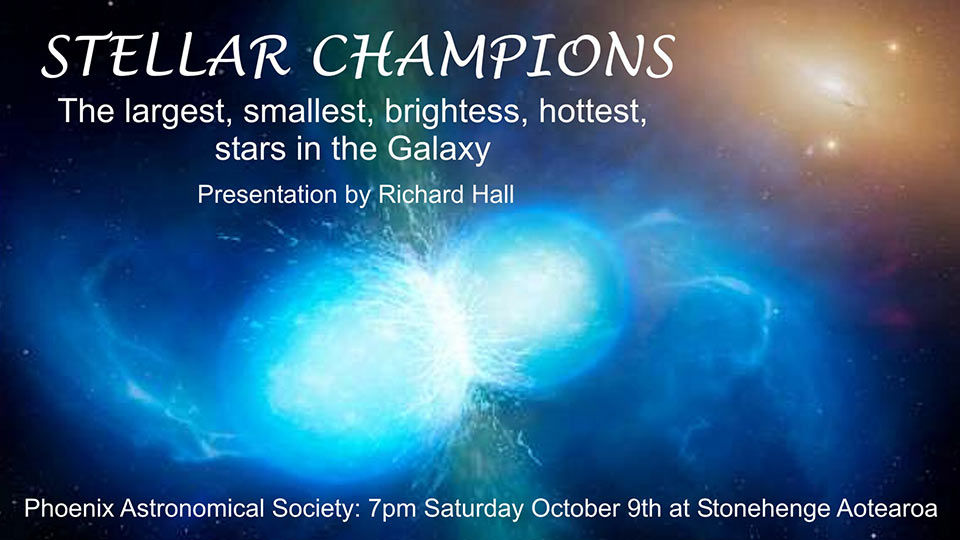 Following explorations by the Hubble Space Telescope here are the stellar extremes in the known Universe... The largest, smallest, brightest, hottest, most massive, oldest and, the most rapidly rotating star.

Legends of the Solstice

Wednesday 22nd December at 8pm - A presentation by Richard Hall 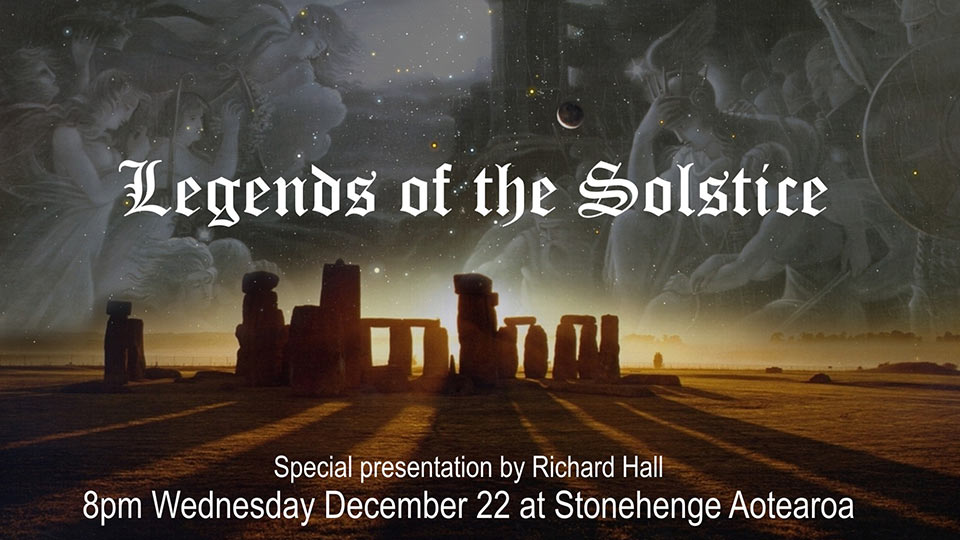 Sundown on the 22nd is the time of Solstice – summer in the southern hemisphere, winter in the north. But, 2,000 years ago this solstice occurred on December 25th. At Stonehenge Aotearoa we have put together a special presentation on legends associated with the solstice: Who were those shepherds watching the sky? Who was ‘Father Christmas’? Why did Rudolf have a red nose and, do you know what the holly-berries represent? It might come as a shock. Here are the tales from antiquity that formed a cornerstone to the rise of civilization. The program includes, weather permitting, viewing the Sun set over the Summer Solstice Heel Stone. 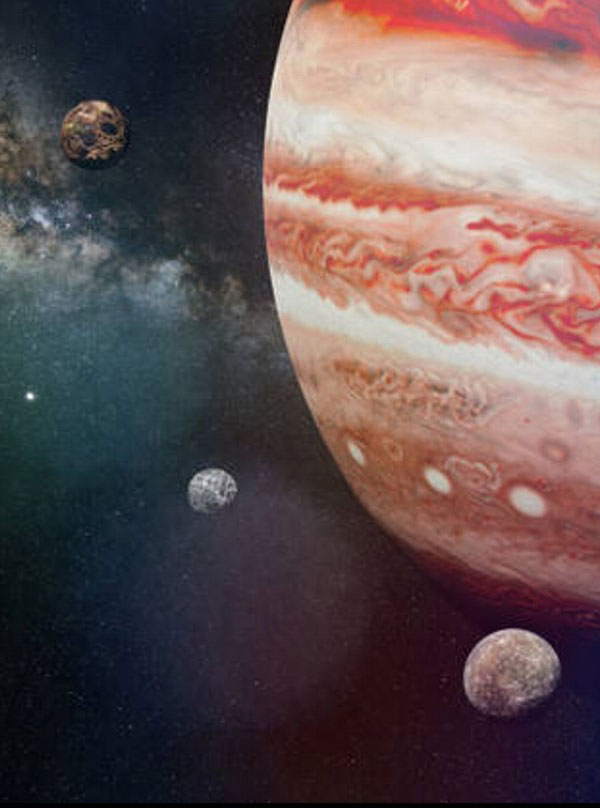 Visitors to Stonehenge can also explore our ‘Exhibition of the Planets’. Here is the story and the latest images of the Sun, Moon, Earth and the other planets (including Pluto).

This Solar System display was designed and built by Richard Hall. 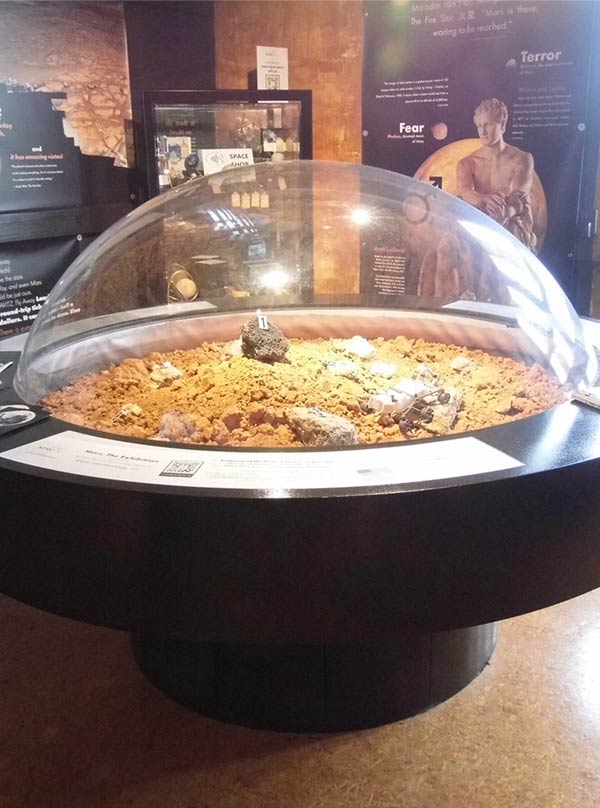 Mars, the exhibition, is a project of the New Zealand Astrobiology Network and was possible with a generous grant from the US Embassy New Zealand, who is the principal sponsor, the Phoenix Astronomical Society (NZ) and support from Milky-Way.Kiwi. Richard Hall and Kay Leather donated the centerpiece. Entry to the exhibition is FREE if you purchased a ticket for Stonehenge Aotearoa. 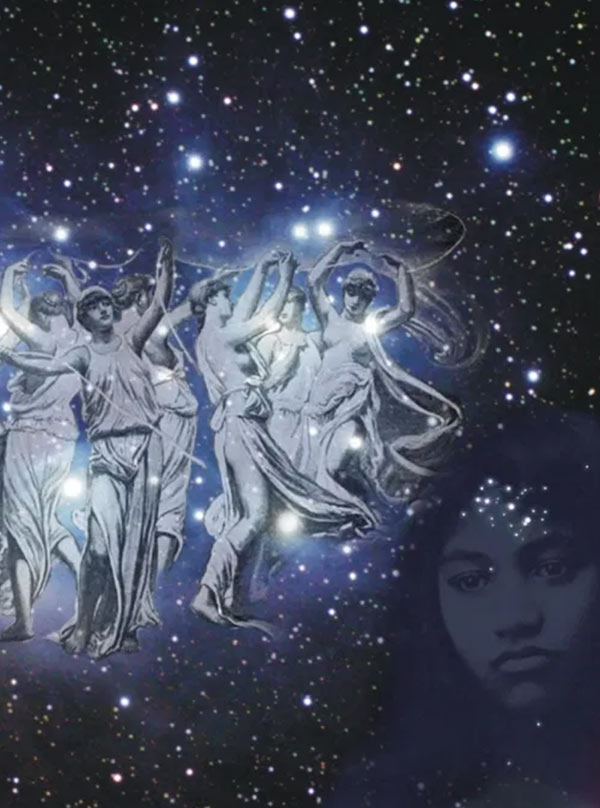 We hold key events each year: the equinoxes and solstices, marking each of the four seasons and Matariki – tales and knowledge (May) and Matariki, finding the waka and the house” in the evening sky (Nov). 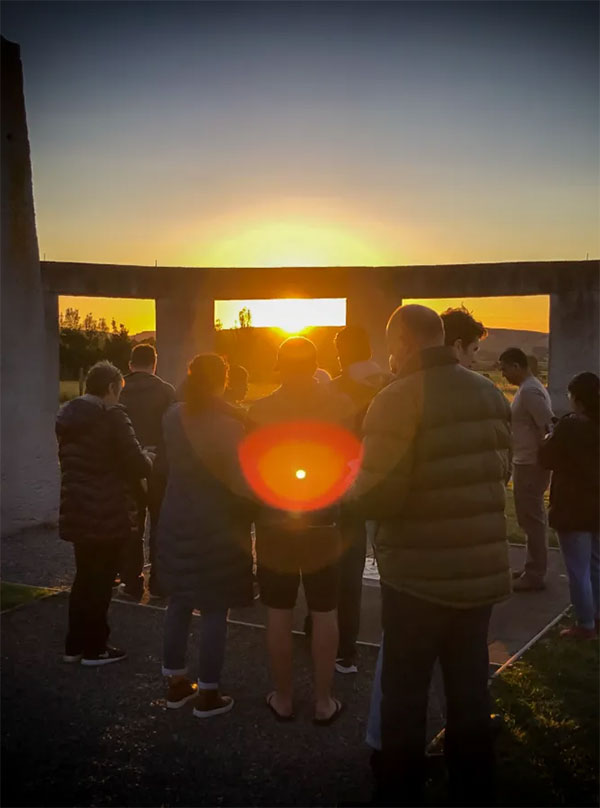 Guided tours of Stonehenge by Richard Hall. Booking tours is essential, which can be done below: 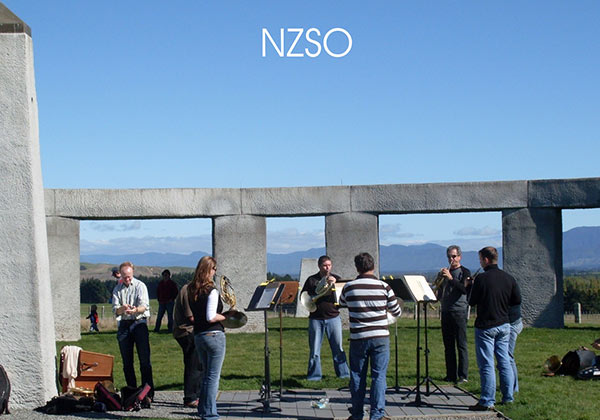 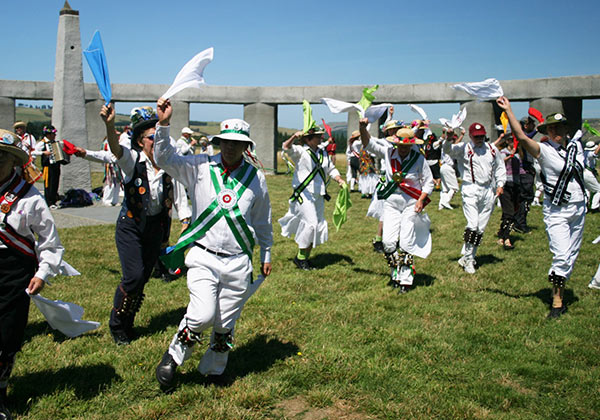 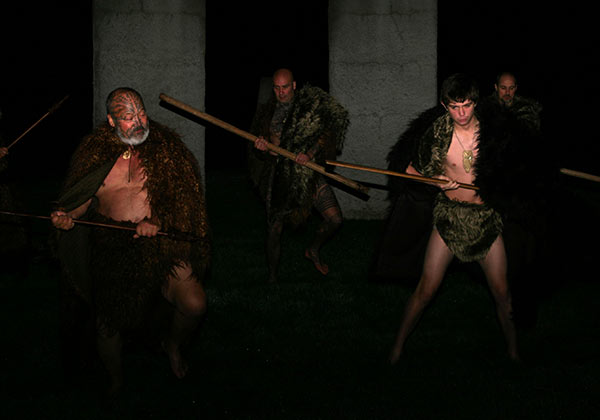 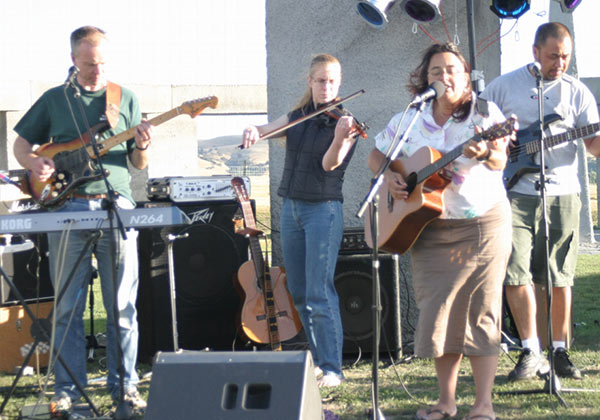 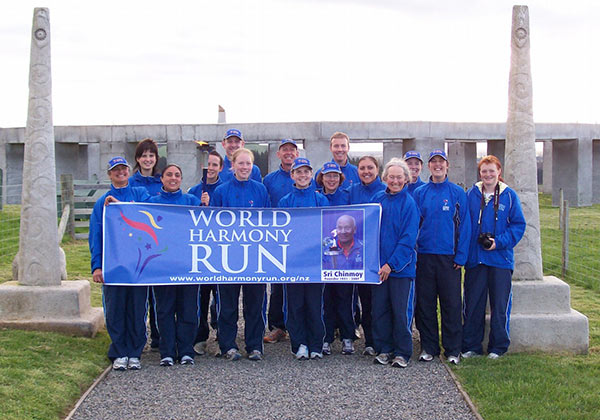 Guide only to basic charges (charges may vary with individual requirements):

Send us a message if you would like more information or wish to make a booking:
contact@stonehenge-aotearoa.co.nz

Thanks to John Forsyth for these wonderful photos of the blood supermoon earlier in May 2021: 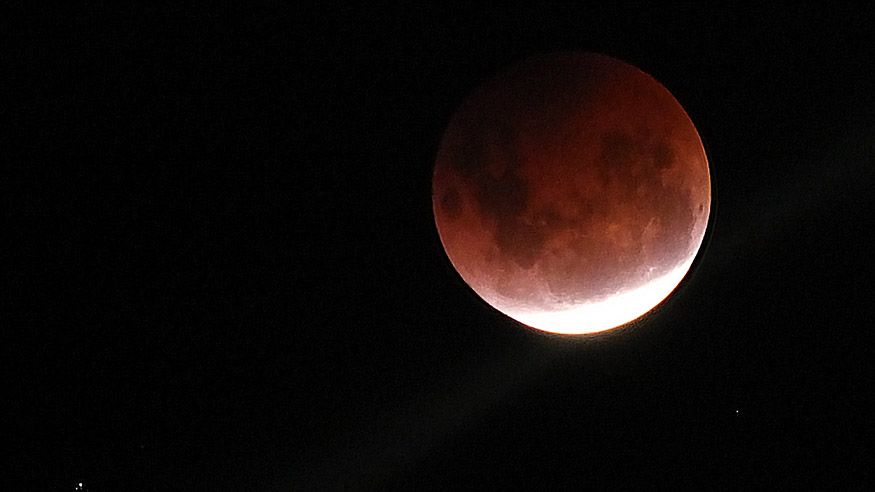 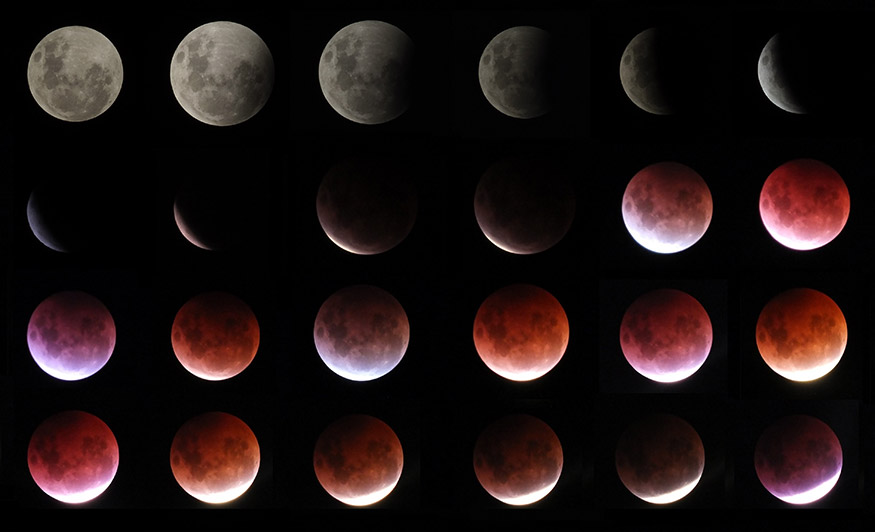